I really don’t remember when everyone started calling the day after Thanksgiving Black Friday. I should, because I began my business career working as Marketing Director at a local shopping mall near my hometown.

But that was 35+ years ago. Back then, we didn’t put up the mall Christmas decorations until the week of Thanksgiving. I spent many evenings at that mall until 2:00 AM with my staff, making sure the decorations would be ready for the day after Christmas, when we had our big Santa Claus arrival. The place was packed when the man in the red suit arrived, usually by fire truck, and the security guards were lined up to keep the crowds back as he made his way to his place of honor at the mall, “ho ho ho-ing” as he waved to all the kids.

Fast forward ten years in the future, when Ben and I had our daughter Ashley, and my mother finally had her long-awaited grandchild. Everything took on a new meaning. New traditions were made.

For us, as for countless other families, the day after Thanksgiving evolved into a day of shopping traditions, as it ushered in the Christmas shopping season. Ben and I always took my mother and Ashley and ventured to the mall to see how much Christmas shopping we could get done in one day. The four of us, and everyone else, of course.

Those early days were fun. The malls weren’t wall to wall people quite like they are now. Shopping with a small child was interesting. Especially the year when that small child was two, and decided to have a meltdown in one of the department stores. There’s nothing like watching your daughter rolling on the floor screaming and kicking because she didn’t get her way, and having a sales associate come over to ask if everything was all right, and her retired-schoolteacher grandmother calmly saying, “It’s okay, she’s just having a temper tantrum. She’ll be fine.” And I wanted to go through the floor.

Then there was the first year Ashley was old enough to really appreciate what Santa Claus represented. The wonder in her eyes as she sat in his lap that first time and told him what she wanted for Christmas was so special. She believed he’d bring her that doll! She knew it! (And of course he did!)

Time marches on, though, and the years slowed my mom down, but she still always made the effort to go shopping with us on the day after Thanksgiving. She and Ashley would go through the newspaper ads after dinner, cut out coupons, make their lists, and we’d hit the stores the next morning. Mom had to rest every so often, but she always made the effort to go. It had become a tradition, and she wasn’t going to stop it.

Black Friday wasn’t the same after we lost my mother, though. We made the best of it, but there was something missing; it just wasn’t right.

And I slowly realized the shopping tradition we’d done for so long wasn’t really about a day of shopping and spending money on gifts; sometimes buying things we really weren’t wild about for people, just because they were on our lists and we wanted to be done. It was about making memories, and enjoying being together.

Over the last few years I haven’t done the “Black Friday” shopping marathon. Yes, I still go shopping for a while with Ashley. But not the all-day excursions we used to do.

It’s not that I’m not in the holiday spirit. I’ve learned over these past years the holiday spirit is a lot more than going shopping on the day after Thanksgiving and seeing what bargains we can grab. We spend one day, Thanksgiving, saying how thankful we are for what we have, and the next day (or sometimes even later that evening!) we’re out seeing how many deals we can get, and how much money we can spend for things we, or other people, don’t really need. 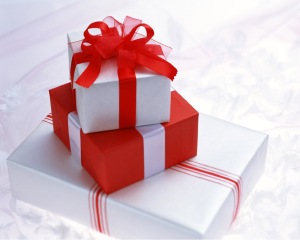 I’m not criticizing anyone for their shopping traditions; we had them, too, and I’m sure Ashley and Ben and I will continue them when our grandchildren arrive. We’ll take them to see Santa Claus and have pictures made…all the things parents and grandparents do.

But for me, right now, I prefer to be thankful for what we have. For the blessings, and love, of friends and family. I will still give gifts to family and special friends, but they will be gifts from my heart, and not because they were on sale. I want those gifts to mean something other than how much I saved and what bargains I found on Black Friday.

And I still want to remember what I was thankful for yesterday…..