Several years ago the Lord told me to do something. Something I didn’t want to do. I couldn’t even imagine doing it.

So what did I do? I ignored Him.

But He kept after me. He kept telling me I had to leave something behind I’d worked with for over seven years!

“Lord, are you sure? Have you forgotten what I’ve put into this?”

Of course He was sure. And He hadn’t forgotten my work.

He had other plans, and in order for those plans to be accomplished, certain things had to happen. And one of those things was me stepping away from this particular endeavor. Until I stepped away, He couldn’t do what needed to be done in another situation.

Being human, and wanting things my way, of course I fought it tooth and nail. I put off my decision, because I thought if I put it off long enough maybe He’d change His mind, and I wouldn’t have to do what He told me to do.

But God doesn’t do that. Would God ask us to do something if he didn’t have a reason?

He always has a reason. He knows better than us what we need to do! Even if we’ve been doing something for what seems like forever, when He tells us it’s time to move on, we need to listen. 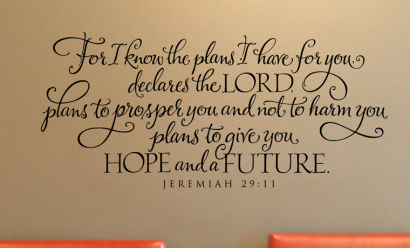 God knows the plans He has for us. Who are we to question?

And as soon as I’d sent the email leaving this thing behind, I thought to myself, “Why did I do that?? Can I call it back??!!” 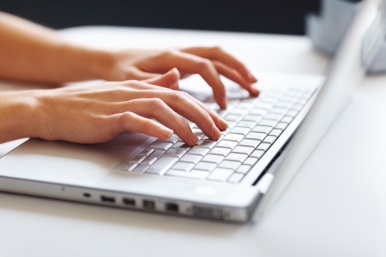 But the next morning I felt at peace, relaxed. In fact, I felt something I hadn’t expected to feel. Anticipation. He obviously had something else for me. Something I couldn’t have until I was obedient. When God directs our feet away from where we are, or where we’re planning on going, our natural inclination is to say, “NO! I want to go my own way.” We don’t like change. We’re afraid of the unknown, because we don’t know what it’s going to be like. We have our comfort zone, and we like it!

Staying inside our comfort zone is certainly more comfortable than going outside of it. My comfort zone was fixed up just right. I had my favorite little spot to curl up in, with a good book, a bowl of dark chocolate candy in one hand (non-fattening of course), a bowl of Fisher’s caramel popcorn, hot and freshly popped in the other, and a big cold Diet Coke on the table! And my favorite kitty in my lap. That’s comfort. And it was good for a time. But staying in our comfort zone doesn’t allow us to grow. And that’s what God wants for us.

If we don’t grow, we can’t survive. We plant seeds and watch them grow into flowers, and we watch our children grow up. As much fun as they are as babies, would we really want them to stay babies forever? We want them to grow and mature, and that’s what God wants for us.

I didn’t realize I was so involved with the thing He had me leave behind; that it was taking so much of my time I didn’t have time for anything else. But the Lord knew it, and He had more for me.

And in order for me to experience the “more” God had for me, I had to make changes, and I had to listen to Him. And take my feet where He directed them….to follow in His footsteps, instead of trying to get Him to follow MY footsteps.

Does He force us to walk where He wants us to walk? Certainly not. We have free will. We walk where we want to walk, but that doesn’t mean the Lord is always happy about where we’re walking. And when we go off the path, He’s going to do what He can to get us back on there. He doesn’t force us, but He certainly makes strong suggestions, and sometimes even puts people and circumstances in our way to help guide us back on His path.

It’s now been several years, and I don’t yet know what all of His reasons were when He told me to make that change. But ever since I obeyed Him, I’ve found new doors and windows opened that I’d only dreamed about previously. If I were still doing what I stepped away from, I could have missed out on a big part of God’s plan for me, and the next part of my life. And I could have blocked someone else’s future as well.

Now my comfort zone has expanded from that little spot, to a big warm sandy beach, under an umbrella, with a soft breeze and the sound of the waves running up on shore, while sea gulls fly around waiting to steal one of my Thrasher’s French fries. The caramel popcorn is still there, still hot and freshly popped! And my kitty is purring happily on a beach towel beside me.

All because I was finally obedient to God’s word. I followed His footsteps. And I’m so glad I did. 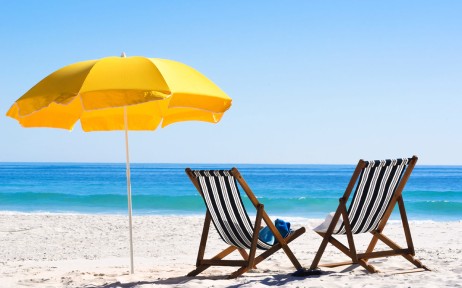 Author’s Note: Unless you’re from the Eastern Shore of Maryland, near Ocean City, you won’t know the awesome delights of Fisher’s caramel popcorn and Thrashers French fries, but trust me, they are worth the discovery, and will probably end up in your comfort zone as well!